I recently went on a 4 day trip alone to beautiful Quebec City. One afternoon, after wandering through the quaint Basse Ville (lower town) of Old Quebec, I sat down at an outdoor cafe nestled into the steep cliff steps and ordered a green salad with cranberries, goat cheese, and toasted walnuts, finished off with an icy latte.

I had chosen to sit beside an older couple, maybe in their early 70’s. The man had a delightful Scottish accent and the woman sounded Canadian, although not French. When they returned my smile, I started up a conversation with them about our menu choices and then the sights we’d seen in the city.

They told me they were celebrating their 4th anniversary of being together.

I was intrigued. “That’s wonderful,” I said. Seeing that they were open to talking, I asked them my favorite question. “How did you two meet?”

The woman looked at me shyly and sighed. “We met on the internet.”

They’d both been married to other people for 40 years when their spouses died.

“After a couple of years of being alone,” the woman said, “I decided it was time to find someone new. My friends thought I was a little crazy, at my age. But I still like men.” She threw up her hands as if to ask, who doesn’t? 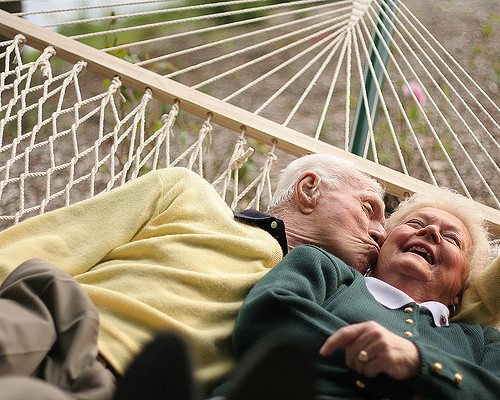 The man chimed in. “We exchanged about 2,000 emails before we ever spoke on the phone.”

“Yes,” the woman said. “And then we talked for months on the phone before meeting.”

“Did you live close to each other?” I asked, wondering why they hadn’t thought to meet sooner. 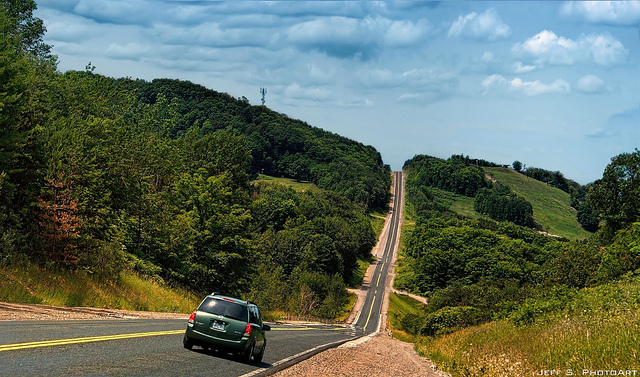 “When he retired,” the woman said, “I convinced him to move to my town.” She gazed at him lovingly. “It was too much driving for him. Besides, we missed each other all the time.”

The man smiled. “Whatever she says.”

“But we’re modern seniors,” the woman said proudly. “I have my own house and he has his own apartment. We’re together almost every day, but we both have somewhere we can go to have our own private time.”

“I’d love to have what you two  have!” I said. I told them how I’d tried internet dating many times over the years and hated it. “I vowed I’d never do it again.”

The woman reached across to my table and grasped my hand. “Someone like you should try again. There’s no need for you to be alone.” The man nodded enthusiastically. It made me smile.

“Don’t give up,” the woman continued. “I hated all the dating too. I met so many men I didn’t like.” She glanced across the table at her boyfriend and her eyes sparkled with affection. “And then I met him.”

The woman jumped, startled, then looked beneath the table. “Did you just kick me?” she asked her boyfriend.

“Just trying to make contact, darling,” he said, winking at her.

Both of these people had believed they would spend their entire lives with their long-term spouses. Then, 40 years later, those dreams vanished with widowhood. They had a major plot reversal in their life stories. They resigned themselves to the end of romance.

Their second plot reversal was the day they found each other, launching their life stories into an entirely new trajectory.

My divorce at a young age was my first major plot reversal.

After my brief lunch in that quaint town I asked myself, if it could happen to these two strangers, couldn’t it happen to me? I was going to keep my promise to them.

I don’t know if this collision between my life and these strangers will precipitate my next major plot reversal. I’m taking my life story one page at a time.

But you never know.

What was your major plot reversal?

4 thoughts on “Plot Reversals in Your Life Story”