When I was a child, my father was movie-star handsome and powerfully built, with sparkling blue eyes and a sharp, curious mind. He left early every morning to work at his own business and returned home to dinner and his many hobbies.

He had a darkroom in the basement and was an amateur photographer. He taught himself to play the guitar. He studied and took one exam after the other to obtain ever higher licenses as a merchant seaman engineer.

He took up beekeeping, cultivated fruit trees in our small backyard, grew grape vines and made wine, and studied and protected wildlife.

He was kind to animals, to neighbors, and to every woman who crossed his path. There were many of those. He was not kind to his wife, my mother.

As for me, he didn’t have much time.

While we didn’t form a bond during my childhood, he made himself helpful after my divorce. He mowed my lawn. He put the air conditioners in my windows in the summer and removed them in the fall. He got rid of hornets’ nests, carpenter ants, and weeds. He taught my son how to sail.

He lived an active life until he died last year at the age of 92. Although he had many failings when it came to expressing love, I learned to accept what he offered. Over time, I came to believe he did the best he could.

But what if you have a father who never gave you much time to get to know him?

I divorced when my little sons weren’t even in school yet. Their father quickly remarried, had two more sons, and became immersed in his new life.

At first he encouraged his sons to visit him one day a week, but they complained to me that he ignored them when they were there. They begged me to let them stay home.

I believed that they needed their father in their life so, in the beginning, I pushed them out the door every Sunday. To be truthful, I welcomed the day off from full-time parenting and full-time working.

But I couldn’t ignore the evidence of their unhappiness, and I permitted them to choose whether or not to visit their father. Their time together slowly decreased, although they always gave their father a chance to show interest. He was very busy though, with other things.

When an emotionally distant parent dies, children often blame themselves for the weakness of the relationship. They think that if they’d only called more, visited more, or offered more invitations, then their parent would have loved them more. This is magical thinking.

A long time ago, my ex-husband’s favorite song was Cat’s in the Cradle, by Harry Chapin. He used to sing the refrain at the top of his voice, especially the last lines.

“When you coming home, dad?”

“I don’t know when
But we’ll get together then
You know we’ll have a good time then.”

Maybe that was a clue that my sons’ father had his own distant father. Did he realize that he had the same trait? I don’t think he did. 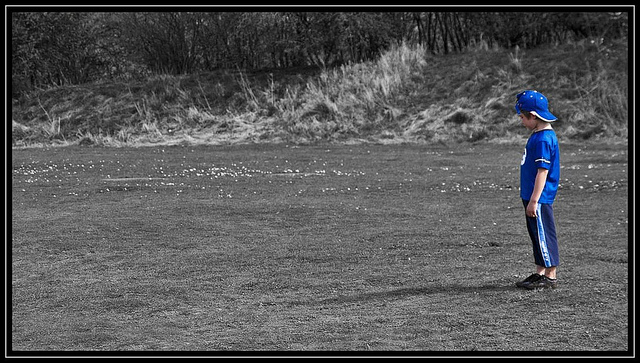 Death is the end of a story, but it’s a story that may always feel incomplete.

How do we make sense of the sad death of a young father who falls short of our hopes?

We can remember that he had good qualities too.

What I remember of my sons’ father is that he used to sing to his babies, make up nonsense rhymes, swing them around in the air while they giggled and gasped for breath.

He walked with them when they were sick in the middle of the night. He tickled them, kissed them, and told them he loved them. He was telling the truth.

In the end, I believe these fathers love their children as much as they are able to.

Maybe we can one day accept that what they offered was the best they could.

8 thoughts on “Ambivalence When a Parent Dies”