Although we work harder in life when we believe we’re the master of our fate, if we don’t acknowledge the role of luck, we’re bound to be either heartbroken over our perceived failures, or insensitive to the misfortune of others.

While raising two sons alone as a divorced mother, I attended a couple of high school reunions and wondered what I’d done wrong. My former classmates seemed to be in happy marriages, had more illustrious careers than I, and were financially better off. (Someone cynically told me, “Only the rich and the beautiful attend these reunions.”)

I believed it was my fault I wasn’t more successful. I’d been a top student, receiving praise and awards in high school and university, so I must have made bad choices afterwards.

Before marriage, my fiancee enrolled in law school. I deferred my own further education so he could finish his. But he was miserable and dropped out after 2 weeks. I had faith he’d find himself.

We married and he temporarily worked in his father’s small, blue collar business. He was brilliant at numbers and computers and I hoped he’d use those talents in some future profession.

Unluckily, he never did. He stayed for the rest of his life in the small, mostly cash, business.

Luckily, I went back for my professional degree. Although psychiatric social work is not a high paying field, it provided a living and I enjoyed it. It also enabled me to be there for my children, as more demanding careers might not have.

But my marriage failed.  My husband’s business appeared unprofitable, on paper, so my child support payments were low, then nonexistent.

It was unpredictable chance that threw me into economic hardship.

But random chance also brought me the best luck there is in life: my two healthy, loving, beautiful, intelligent, happy sons who, as adults, are as devoted to me as I could ever wish.

I write fiction and used to perform in amateur dance productions. I think about the luck of people who practice an art and actually make money at it. While talent, hard work, and persistence are key, no one succeeds without luck. 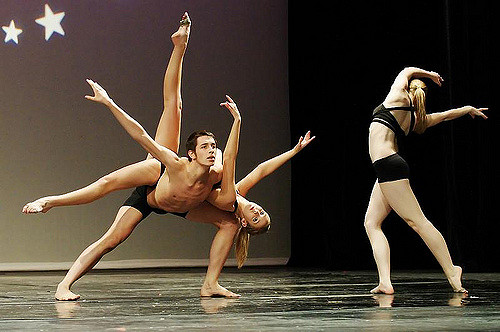 In the novel Crossing to Safety, by Wallace Stegner, the main character, Larry Morgan, has just gotten a short story published. He consoles his friend, who has not achieved that kind of success, with these words:

“I believe that most people have some degree of talent for something — forms, colors, words, sounds. Talent lies around in us like kindling waiting for a match, but some people, just as gifted as others, are less lucky. Fate never drops a match on them. The times are wrong, or their health is poor, or their energy low, or their obligations too many.”

I have friends and family who are talented musicians, writers, actors, and artists, but they make their living doing something else.

When I counseled cocaine and heroin addicts, I often thought of the Joe Diffie country song refrain:

So here’s to all the soldiers
Who have ever died in vain
The insane locked up in themselves
The homeless down on Main
To those who stand on empty shores
And spit against the wind
And those who wait forever
For ships that don’t come in.

I’m lucky to have been born healthy, in one of the richest countries in the world, to a middle class family on Long Island, with two parents living into their 90’s, married to each other for most of my childhood.

Stegner’s Larry Morgan continues telling his friend, “We are lucky in our parents, teachers, experience, circumstances, friends, times, physical and mental endowment, or we are not. Born to the English language and American opportunity…we are among the incredibly lucky ones. What if we had been born Bushmen in the Kalahari? What if our parents had been undernourished villagers in Uttar Pradesh, and we faced the problem of commanding the attention of the world on a diet of five hundred calories a day, and in Urdu?”

It frustrates me when people blame the poor for not working hard enough. I know many people on the edge of poverty who work 3 jobs, have poor health, and are raising children with special needs. Some successful people are blind to the luck they have been blessed with.

We need to work hard to get what we want, but we should never forget how much of it is a matter of chance.

When Jews want to express happiness to someone about a birth, a marriage, or a great accomplishment, we say Mazel tov. Most people think the expression means congratulations because it’s used that way. But what’s the literal translation? It means:

Good luck, and may you continue to be blessed with that good luck.

7 thoughts on “The Role of Chance and Luck in Life”