Tricia, an old friend of mine, said something that started me thinking. Her parents had been married for 40 years when her mother died. When her father fell in love again and remarried a couple of years later, Tricia was happy for him, but felt uneasy.

“I’ve always believed in heaven,” she said. “It meant that my father and mother would be united there for eternity. But now Dad is in love with his new wife. What will happen when they die? Who will he spend eternity with?” 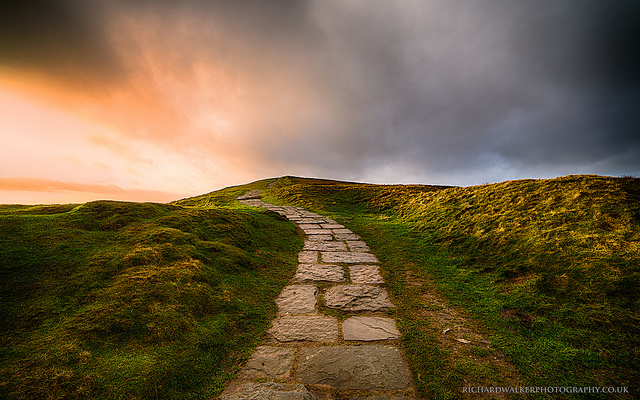 I’m not religious, and I don’t believe in that type of heaven, but Tricia’s question made me ask a different question:

At what point in my life am I the real me, the one who would live for eternity, if there were such a thing?

I believe in concentrating on life and not worrying about what happens after, but while we’re alive, we’re always changing. At what age am I my true self?

When I was 9 years old, I played for hours with my Barbie doll, telling stories about her adventures as a spy, a falsely accused fugitive escaped from prison, a girl on a quest to save her lost family.

When my friends matured and gave up their Barbie dolls I promised myself that no matter how old I got I would never stop playing with my Barbie. The girl who played with that doll was the real, true, eternal me.

I don’t play with Barbie any more. I probably broke that promise a year after making it. But I never forgot it. The broken promise reminded me that I can never predict who my future self will be.

So who is my real mother, who is now 91 years old? I remember her as a whirlwind of energy, raising 4 daughters, sewing dresses, making costumes, and constructing elaborate Easter bonnets. Our house was always clean and neat, all of it kept that way by my mother. Our clothes were ironed and spotless, our shoes shiny, even though we climbed trees, played at the beach, and ran through the mud in the rain.

Evenings, my mother performed in fund-raising dance revues, and acted in Community Theater. We visited her friends on Saturdays and made regular trips to our grandparents in Brooklyn.

She was an original Trekkie. She read literary classics and psychology.

She was a math wizard, a top-notch bookkeeper and office manager who did quick arithmetic calculations in her head and never forgot a price.

But now, her memory often fails her. She can sing songs that were popular 65 years ago but will forget that we walked around the mall only an hour ago.

She’s more mellow and easy-going. She’s sweet and appreciative. Her old quick-tempered ways are in the distant past.

So who is the real Betty?

I worry about her memory getting worse. I don’t want to lose the person she is. My mother tells me, “I don’t worry about tomorrow. I’m busy enjoying today.”

I’m not worried about heaven, or eternity, the way my friend Tricia thinks of it.

I want to hold onto all the versions of my mother while she’s still here with me, and I’m still here to remember her.

Maybe I should just concentrate on today and tomorrow. And maybe 2017.